Skip to content
📣 Our final major release of 2022 is now here!
See what's inside

Want to foster greater diversity in the workplace? Start with how you assess candidates

The drive toward greater workforce diversity is part of the battle for talent and another reason why employee assessment needs to evolve.

In the Internet’s relatively short lifetime, October 2016 was something of a landmark month.

Data from research company StatCounter revealed that worldwide traffic from mobile devices surpassed that of desktop for the first time. The story was soon picked up by several major publications, underlining the noteworthiness of the shift – even if the full implications at the time were unclear. 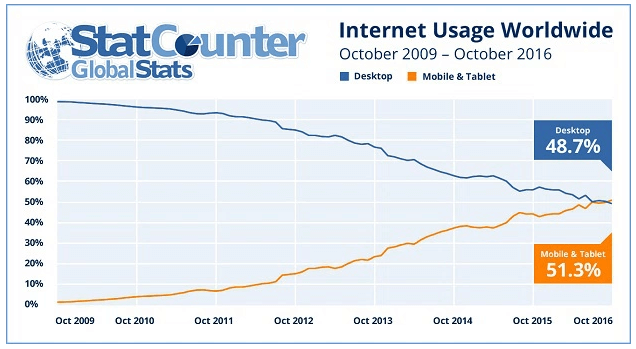 Reading past the headlines, however, the data actually showed that desktop was still dominant in the US, UK, and Australia (though the gap had narrowed significantly). Where mobile was most successful was in emerging markets in which phones and tablets offered users a more affordable way of accessing the web.

The battle for talent has become increasingly global, making it more important than ever to mine the best candidates in emerging markets. Click To Tweet

As they did so, users in these markets opened a two-way door through which businesses could offer their products and services via apps. Search engines such as Google had long acknowledged the trend toward mobile, favoring mobile-friendly sites in their search rankings for some time.

Yet as organizations have entered new markets, many have found it difficult to diversify their workforce in a way that would help fuel that growth.

This is probably most apparent in the tech industry where the likes of Facebook, Twitter, Google, and Microsoft have all faced public scrutiny over a lack of workforce diversity.

The issue has become so pronounced that Silicon Valley has been dubbed “Segregation Valley” by some. It’s not difficult to see why when a federal agency such as the Equal Employment Opportunity Commission can declare that of the top 75 companies in Silicon Valley, only 3% of employees are black.

In defense of this imbalance, many tech companies cite the “pipeline” problem – that is, that suitable graduates coming from colleges and universities tend to be white or Asian. Essentially, this suggests that the heart of the problem lies elsewhere.

But as the Julia Carrie Wong of The Guardian points out, “black students are earning computer science degrees at higher rates than they are being hired by Silicon Valley companies. In 2014, they received 9.7% of the bachelor degrees awarded in computer science.”

Even though that figure dropped off in 2016, black, Hispanic, and multitrace students still accounted for 18% of computer science graduates in the US – well above the minority numbers employed by the big tech companies.

While the predominance of white and Asian students in computer sciences is undoubtedly a major issue in higher education, cultural bias is still a workplace hurdle that minority groups must still contend with.

At the root of this is the tech industry’s debilitating sense of academic elitism. A 2014 article by Wired revealed that employees at major tech companies such as Microsoft, IBM, Google, Apple, Yahoo, Facebook, and Twitter came from just 13 US universities including elite private schools such as Stanford, Carnegie Mellon, and MIT, along with public schools such as UC Berkeley and the University of Washington.

As Lesley Miley, director of engineering at messaging service Slack put it to Wong: “How difficult do you think it would be to go to an engineering meeting and tell all these people who went to Cal, Stanford, and MIT that the person coming from the University of Texas at El Paso or a community college can do their job as well as they can?”

When diversity goes right – the companies doing it well

Because it requires company-wide buy-in, cultural change tends to happen slowly in many well-established organizations. Slack is one notable example of what’s possible when teams proactively work together to do things differently from the very start.

The company’s diversity efforts have seen it outperform many of its larger tech peers, with an above-average ratio of women and minority groups occupying technical and leadership roles.

While the percentages are still far from perfect, their continuous improvement operates in tandem with the company’s overall growth, indicating that workplace diversity is an integral part of its strategy rather than an afterthought.

This also appears to be the case at the private-equity firm Vista Equity Partners, which reports major growth while creating diverse workplaces. With an estimated net worth of $4.4 billion, Vista’s African American chairman and CEO, Robert Smith, touts the firm’s effectiveness at hiring and promoting the very best talent by hiring people based on merit, regardless of their background, gender, or race.

A cornerstone of the firm’s success in hiring is its emphasis on assessment.

To counteract the dangers of potential hiring bias, both Slack and Vista utilize blind testing. In essence, this involves giving candidates problems to solve while wiping any personal identifiers that could potentially lead to stereotyping.

Testing can be an effective way of bolstering a company’s talent pool while improving its diversity, which might explain why workplace assessment is increasing by as much as 10% per year. Click To Tweet

In doing so, candidates are reassured that their work will be judged fairly on its merits, thereby freeing them up to showcase their skills without concern for others’ preconceptions of them. Such measures have proven effective in theory as well as in practice: Researchers from Harvard and Princeton noted that blind auditions increased the likelihood of hiring a woman by up to 46 percent.

A follow-up study by Harvard Business School also found that companies that used blind testing as part of the hiring process were more likely to retain staff because their skills were a better match with the roles for which candidates were applying.

Because testing can be an effective way of bolstering a company’s talent pool while improving its diversity, investment in workplace assessment is increasing by as much as 10% per year.

However, different roles inevitably have different requirements. No single test type can guarantees success in developing a more competent, diverse workforce. For instance, some organizations may opt for personality tests to gauge a candidate’s cultural fit, while others will focus on developing tests that measure specific workplace competencies such as coding skills. 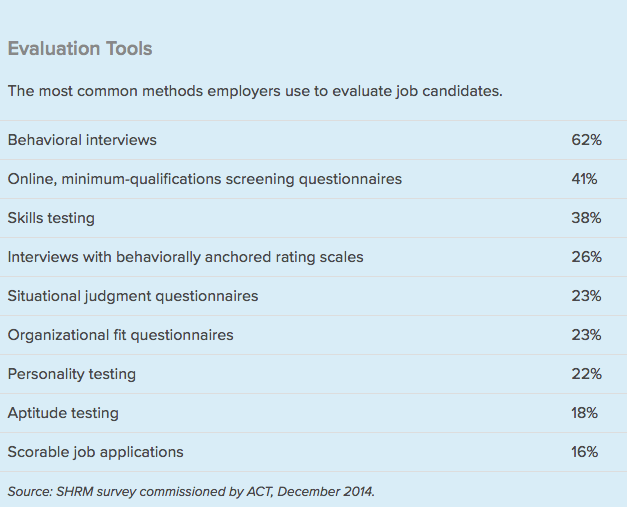 The bewildering array of available test types therefore makes flexibility perhaps the most essential cog in the overall assessment engine. This is particularly true in the case of larger organizations, where a number of different tests may be necessary to help drive recruitment across a multitude of teams with distinct functions and requirements.

Meeting this demand for greater flexibility is the availability of better technology.

Since software is now omniscient, having a digital presence is essential for businesses of all sizes and sectors. Those aiming to get ahead of the competition by developing a diversified, highly competent workforce must lead from the front. This means that having the capacity to deliver tests online is now a minimum requirement, as is going beyond the restrictions of the multiple choice format in measuring and analyzing various skills and competencies.

Going mobile – testing for talent regardless of location

The battle for talent has become increasingly global, making it more important than ever to mine the best candidates in emerging markets. This is especially true in tech-related fields such as engineering and computer science where, according to Data USA, the most common country of origin for non-US students earning a degree in computer science is India (followed by China, the Philippines, and Mexico).

Those who can reach potential candidates via the platforms they’re using are thus more likely to curry favor with top talent, and increase workforce diversity in the process.

Which leads us back to the popularity of mobile.

To tap the talent in these emerging markets, workplace testing needs to be flexible, Internet-ready, accessible, and mobile friendly.

Companies that can reach potential candidates via the platforms they’re using are more likely to curry favor with top talent, and increase workforce diversity in the process. Click To Tweet

As mobile devices have overturned the tech status quo in countries outside the US, more organizations are developing tests that can be delivered to candidates’ phones and tablets. Optimizing tests for mobile also makes it easier for hiring managers and employers to capture data and act on it quickly, which helps solidify their competitive advantage over peers looking to attract the same candidates.

The end result: Why diversity is desirable

The obvious benefit of fostering diversity in the workplace is that it promotes equal opportunity. It can also put a glossy sheen on an organization’s image. Ultimately, however, a diversity programme’s success is measured by the company’s bottom line.

But here, too, the merits of workplace diversity are apparent.

In a 2017 report on 1000 companies in 12 countries, McKinsey & Company found that those in the top quartile for ethnic and racial diversity in management were 33% more likely to post financial returns above their industry mean. Furthermore, companies that were in the top quartile for gender diversity on their executive teams were 21% more likely to experience above-average profitability than companies in the fourth quartile.

No doubt contributing to such impressive results are the less tangible benefits of a diverse workforce such as greater focus and innovation.

“Diverse teams are more likely to constantly re-examine facts and remain objective. They may also encourage greater scrutiny of each member’s actions, keeping their joint cognitive resources sharp and vigilant.”

The same article points to further research that draws a correlation between gender diversity and an increase in market innovations. Similarly, cultural diversity also had an impact on an organization’s ingenuity:

“The results revealed that businesses run by culturally diverse leadership teams were more likely to develop new products than those with homogenous leadership.”

Want more women in STEM? Bring STEM into the experience…

To understand the lack of female participation in STEM disciplines we need to examine why girls feel shut out. “I was taught the way of…