Want more women in STEM? Bring STEM into the experience of girlhood

To understand the lack of female participation in STEM disciplines we need to examine why girls feel shut out.

“I was taught the way of progress was neither swift nor easy”, once said Marie Curie, physicist, chemist, and winner of the 1903 and 1911 Nobel Prize in Physics.

Since Ms. Curie’s first win, only 18 women have been awarded a Nobel Prize in physics, chemistry, physiology, or medicine. During the same period, the number of men given awards in these fields was 575.

Like any self-fulfilling prophecy, the absence of women from STEM is like a snake eating its own tail. The invisibility of women in STEM (science, technology, engineering, and mathematics) contributes to fewer girls studying and working in STEM, which creates further invisibility, and so the cycle continues.

The elephant in the room is the archaic notion that women are inherently incapable of excelling in tech and, thus, are less represented. This, and other such stereotypes, are at least partly responsible for making women feel shut out of STEM disciplines. However, to fully understand the current state of female participation in STEM, we must examine another question: why do girls feel shut out of STEM?

Eureka! and other myths

Clearly, the pipeline has some inherent leaks. But where does it start, really, the path that steers girls away from STEM?

According to the UNESCO report, Cracking the Code: Girls’ and women’s education in science, technology, engineering and mathematics (STEM), gender stereotypes about STEM are rooted in the socialization process, a time where girls and boys learn what it means to be girls and boys. The predominant stereotypes that rise during this time are, “boys are better at math and science than girls” and “science and engineering careers are masculine domains”.

The invisibility of women in STEM contributes to fewer girls studying and working in STEM, which creates further invisibility. Click To Tweet

Similarly, in the Nobel world, the myth of the lone genius, in which a handful of scientists are given acclaim for the work of many, is continuously promoted. It helps propagate a familiar image: a sole scientist working in a dimly lit laboratory shouts “eureka” as bolts of lightning fill the room. Think of historically great technologists and scientists, real and fictional, that encompass this myth: Albert Einstein, Charles Darwin, Doctor Frankenstein, Isaac Newton, Nikola Tesla, and even Doctor Who. Almost always, these genius scientists are both white and male.

Recent studies have found that stereotypes associating high-level intellectual capacity and “genius” with males are internalized by children as young as six years old. One particular study claims there is “no significant correlation between girls’ perceptions of school achievement and their perceptions of brilliance”, meaning that while girls in grades K through 12 generally perform as well as – or better than – boys in STEM subjects, they still can’t foresee themselves becoming brilliant scientists. 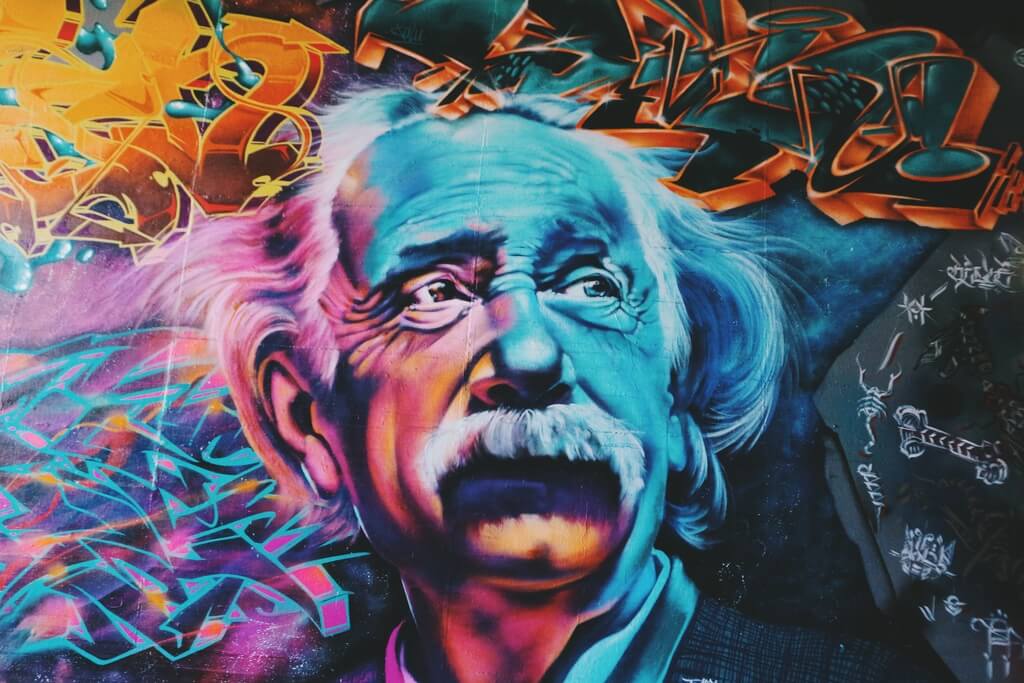 The claim that the lack of women in STEM is due to biological inferiority or differences can be put to rest once and for all: it’s not that girls can’t do it, it’s that somewhere along the line, they decide not to.

That decision, to be truly understood, must be looked at holistically: a systems approach. In the center is the girl; around her are her family and peers, school and community, and larger societal influences. In this theory, it is not the singular girl who makes the decision but a series of intertwined, systemic influences that guide her hand. The “lone genius”, one can argue, is alone not because great achievements are made by individuals or by men alone but because it has systematically marginalized those who don’t fit its image, further perpetuating the prevailing bias.

You can’t be what you can’t see

As outdated as the myth of the “lone genius” is, it is still a powerful image that allows boys to more readily envision their future success. The opposite rings true for girls: you can’t be what you can’t see. The lack of female representation in STEM creates a world in which girls just don’t quite fit.

As outdated as the myth of the 'lone genius' is, it is still a powerful image that allows boys to more readily envision their future success. The opposite rings true for girls: you can’t be what you can’t see. Click To Tweet

A striking recent example of this can be seen in the popular show Doctor Who. Since casting actress Jodie Whittaker as the latest incarnation of the Doctor, the show’s creators experienced a major backlash.This is largely down to the fact that Whittaker is the first female to play the character. The previous 12 were played by men. While young girls may rejoice at seeing a female Doctor, the ever-present hum of gender bias rumbles on.

“Time and again, I hear from women who chose their STEM career because they were inspired by a successful woman who proved it could be done,” says Suw Charman-Anderson, Founder of Ada Lovelace Day. “We must prove that there is a path for them to tread by telling the stories, past and present, of the women who’ve built, invented, discovered and explained the world around us, but who so often go unmentioned.”

Fortunately, there are many ways to do this.

Many STEM initiatives now focus on providing girls and young women with empowering female mentors. Parents and educators also play a significant role in encouraging girls’ interest in STEM. If you’re a parent, consider your own relationship to STEM and how that translates into your daughters’ lives. Consider your language; do you speak differently to your sons and daughters? When you see inequality in the media, do you make a point to challenge it and have a discussion?

This type of modeling and awareness can create alternative narratives to the harmful ones that are prevalent in society. They indicate to girls that they too can be geniuses (pink lab coat not necessary).

Not just for the boys

Research shows that as girls enter middle school and high school, their interest in STEM starts to decline. The question is not “How can we push girls into STEM?” but “How can we bring STEM into the experience of girlhood?” Finding female role models, both real and representational, is a great start, but there is a myriad of ways to make the experience of STEM something that resists the trite stereotypes of the sciences being “masculine” or “just for the boys” and reserved for “lone geniuses”.

The question is not 'How can we push girls into STEM?' but 'How can we bring STEM into the experience of girlhood?' Click To Tweet

Just as the Next Generation Science Standards (NGSS) are working to establish a more connected approach to science, we too can re-examine our relationship with math and science, especially in the home and communities in which we live. For parents (and even teachers), thinking outside of the box is critical to making STEM approachable. It may be the case that a girl appears to hate the scientific method or mathematical formulas but can’t stay away from her phone, collects crystal stones, or loves murder-mysteries.

Helping her see that her phone runs on the technology created by science and math, that crystals derive their appearance from the microscopic arrangement of atoms, or that solving crimes may involve anything from psychological analyses to forensic scientific testing at the crime scenes could all help her consider a career in STEM that may previously have seemed an impossibility.

The world can be a laboratory; as parents and educators, seeing where science and math come to life outside of the textbook can be just the thing to pique a girl’s interest.

Many organizations are leading the way in helping girls connect with inspiring female leaders and get hands-on experience building and addressing problems that tie their communities to the world as a whole. All of this brings together two of the most important clues in tackling the conundrum of female absence in STEM: the importance of both female visibility and the cohesive, social narrative beyond STEM. Here are a few organizations doing just that:

Girls Who Code teaches girls about computer science and the programming through clubs and summer immersion programs related to computer science with the added bonus of connecting with female engineers and entrepreneurs.

Girlstart works to engage girls in a year-round, intensive suite of STEM education programs. They even have an annual Girls in STEM conference with workshops guided by women in science, technology, engineering, and math fields.

The Society of Women Engineers aims to spark girls’ interest in STEM in many ways, notably their “Invent It. Build It.” conference where middle school and high school girls, parents, and educators participate in hands-on activities and learn about engineering clubs, careers, scholarships, college admission, and resources.

Two of the most important areas in tackling the conundrum of female absence in STEM are 1) the importance of female visibility and 2) the cohesive, social narrative beyond STEM. Click To Tweet

“There’s no magic recipe for getting girls into STEM, but we know early and positive exposure makes an impact,” says Karen Horting, CEO and Executive Director at the Society of Women Engineers. Many recent initiatives have been introduced aiming to do just that. In early 2017, for example, the Girl Scouts of the USA launched an initiative to enhance girls’ interest in STEM called the Girl Scout STEM Pledge, which intends to raise $70 million and get 2.5 million girls involved in STEM industries by 2025.

'There's no magic recipe for getting girls into STEM, but we know early and positive exposure makes an impact.' Click To Tweet

Other initiatives stem (no pun intended!) from unlikely places. In partnership with NASA, Mattel’s newest American Girl Doll, Luciana Vega, is an aspiring astronaut. According to Katy Dickson, president of American Girl, “Luciana is a role model for today’s girls – empowering them to defy stereotypes, and embrace risks that will teach them about failure and success as they chart their own course in life – whatever the goal.” To further engage with Luciana, girls can explore space simulations, quizzes, challenges, and more on the American Girl website or app, read about Luciana in a chapter book series written by Erin Teagan, or apply for a scholarship to train like an astronaut at a Luciana-Themed Space Camp. Similarly in 2017, Lego released a “Women of NASA” collection which quickly became Amazon’s No. 1 best-selling toy.

We must broaden our minds to see that STEM is neither static nor something that’s taught only in the classroom; it is dynamic and woven into every aspect of our lives. While neither swift nor easy, progress is happening. As we barrel into a new year, I can’t help but hear Ms. Curie’s words softly chiming in the background – a potent reminder that while we have come so far, there is still much left to do.

Part one of our two-part interview with Mahnaz Moallem, Professor of Instructional Technology at UNCW.

by Adelina Sarkisyan
Read Time 9 Mins
By continuing to use the site, you agree to the use of cookies.I'm okay with thisMore Information